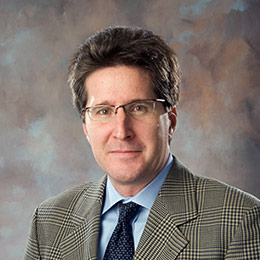 An Ideal Place to Learn

All classes taught by professors, none by teaching assistants

Students from 29 states and 21 countries

The Assumption curriculum encourages scholarly exploration and independence. With hands-on research conducted alongside faculty mentors, students gain a depth of knowledge and skills that lead to professional success and personal fulfillment. MEMS students can pursue their independent research projects in the major discipline while gaining credit for a MEMS-related topic.

At Assumption College, the world is your classroom. Students can study and explore abroad in over 50 places from Vienna to England, South Africa, and even our own campus in historic, yet modern, Rome, Italy. The MEMS minor is a perfect complement to study abroad, both in preparing students for the grandeur of cultural sites they will visit, and many courses taken abroad can count for the MEMS Minor.

Assumption starts planning for your future the day you arrive on campus. Our Career Development and Internship Center helps students secure exciting and fulfilling internships where you’ll apply knowledge obtained in the classroom in a professional setting, preparing for a future career or additional study. Past MEMS students have obtained internships at the Worcester Art Museum and the American Antiquarian Society, for instance.

At Assumption's campus in Rome, Italy, the city and the country become your classroom through daily and weekend-long excursions throughout "the eternal city" and the Italian countryside. Taking courses in the MEMS Minor is among the best cultural preparations for gaining the most from Rome. This unique study abroad experience will enrich your academic and cultural pursuits as you walk in the footsteps of emperors, gladiators, popes, and artists then enjoy delectable Italian cuisine or perhaps a cappuccino after class in a local cafe. (Did you know that your financial aid follows you to Rome?)

Assumption College strives to form graduates known for critical intelligence, thoughtful citizenship and compassionate service. Rooted in the Catholic intellectual tradition, the College pursues these ambitious goals through a curriculum grounded in the liberal arts that prepares students for professionally and personally rewarding lives of meaning.

We’ll help cut through the complexity of financing your education, ensuring you understand what you need, how to apply for aid, and what’s expected of you. You will be assigned a personal financial aid advisor who will guide you through the process and answer all of your financial aid-related questions.

How did America become the most country with the most incarcerated individuals in the world, with more than 2 million people behind bars? One factor has been mostly overlooked: media coverage of crime paved the way for the explosive growth in our prison population.  Carroll Bogert, president of the ...

How did America become the most country with the most incarcerated individuals in the world, with more than 2 million people behind bars? One factor has been mostly overlooked: media coverage of crime paved the way for the explosive growth in our prison population.  Carroll Bogert, president of the ...

Each fall, the American Antiquarian Society and five Worcester Colleges sponsor an American Studies research seminar at the Antiquarian Society. The seminar is conducted utilizing the Society’s world-renowned holdings in early American history and culture. The seminar topic and research methods combine several disciplines, and students from a wide variety of majors can participate. Selection is highly competitive.

Each year the program awards a prize at Honors Convocation in the Spring Term for the graduating MEMS minor with the highest GPA and record of achievement.

Each year in the spring term, MEMS students take part in presenting their research at a public conference. Students are especially encouraged to present their research projects from their major discipline and the American Studies Seminar at the American Antiquarian Society, as well as projects they develop while working as research assistants with faculty.

Students who combine their interest in MEMS with their primary discipline will be able to take part in the annual national undergraduate conference in Medieval and Early Modern Studies at Moravian College in Bethlehem, PA.

The Worcester Art Museum’s internship program includes most departments such as visitor services, curatorial, education, and marketing. Internships are often project-based and become available as opportunities arise. Generally, a commitment of 6 hours a week is required, though particular projects may differ. All of WAM’s internships are unpaid.

Every spring, faculty members from different disciplines present their on-going research in medieval and Early Modern topics. In fall 2017, in commemoration of the 500th Anniversary of the start of the Protestant Reformation, Dr. Carlos Eire, the T. L. Riggs Professor of History and Religious Studies at Yale University, lectured on “Catholic Miracles in the Age of Reformations: a History of the Impossible?” in the new Jeanne Y. Curtis Performance Hall of the Tsotsis Family Academic Center.