The minor in Law, Ethics and Constitutional studies (LEX) helps students appreciate the nation’s constitutional order and its roots in the Western political and philosophical traditions. Jointly sponsored by the political science and philosophy departments, LEX engages constitutionalism, ethics, and the law through thinkers ranging from Aristotle, St. Thomas Aquinas and Immanuel Kant to James Madison and John Marshall. 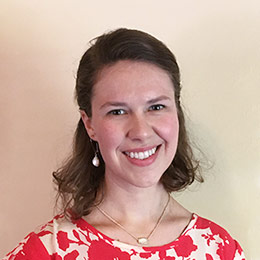 An Ideal Place to Learn

All classes taught by professors, none by teaching assistants

Students from 29 states and 21 countries

The Assumption curriculum encourages scholarly and real-world experience. With hands-on research conducted alongside faculty mentors, students gain a depth of knowledge and skills that lead to professional success and personal fulfillment.

At Assumption College, the world is your classroom. Students can study and explore abroad in over 50 places from Vienna to England, South Africa, and even our own campus in historic, yet modern, Rome, Italy. Assumption’s study abroad program offers culture, history, and a living classroom for all.

Assumption starts planning for your future the day you arrive on campus. Our Career Development and Internship Center helps students secure exciting and fulfilling internships where you’ll apply knowledge obtained in the classroom in a professional setting, preparing for a future career or additional study. Assumption connects students to internship opportunities in corporations, government agencies, research hospitals, non-profit organizations, and more.

At Assumption's campus in Rome, Italy, the city and the country become your classroom through daily and weekend-long excursions throughout "the eternal city" and the Italian countryside. This unique study abroad experience will enrich your academic and cultural pursuits as you walk in the footsteps of emperors and gladiators then enjoy delectable Italian cuisine or perhaps a cappuccino after class in a local cafe. (Did you know that your financial aid follows you to Rome?)

Assumption College strives to form graduates known for critical intelligence, thoughtful citizenship and compassionate service. Rooted in the Catholic intellectual tradition, the College pursues these ambitious goals through a curriculum grounded in the liberal arts that prepares students for professionally and personally rewarding lives of meaning.

We’ll help cut through the complexity of financing your education, ensuring you understand what you need, how to apply for aid, and what’s expected of you. You will be assigned a personal financial aid advisor who will guide you through the process and answer all of your financial aid-related questions.

Learn about financial aid
There are currently no events