Learn how the University is promoting the health and safety of the campus community during the fall semester.

The Moynihan Center sponsors lectures that reflect on the myriad of contributions made by the Senator during his impressive career.

Reflections on the Contributions of Senator Moynihan

The political analyst, actor, writer and host of MSNBC’s The Last Word, Lawrence O’Donnell, presented a lecture titled “A Personal Reflection on Daniel Patrick Moynihan: The Scholar and Statesman” on Oct. 18 in the Jeanne Y. Curtis Performance Hall on the Assumption Campus. O’Donnell’s lecture was the inaugural presentation for the Daniel Patrick Moynihan Center for Scholarship and Statesmanship. 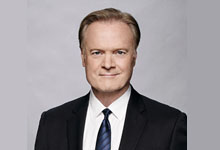 O’Donnell appears each night at 10 p.m. on MSNBC’s The Last Word with Lawrence O’Donnell. His writing credits include television programs The West Wing and Mister Sterling as well as a book, Deadly Force. He began working with Sen. Moynihan in a media relations role in 1988, when the late Senator was running for re-election, then was promoted to senior advisor for the Senator from 1988-92. Following his service on the Senator’s staff, he was appointed chief of staff on the Senate Committee on the Environment and Public Works then in the same role for the Senate Finance Committee.

His writings have been published in a number of publications including The L.A. Times, New York Times, Washington Post and many more. His television appearances include Good Morning America, Nightline, and Today, among others.

A Boston native, O’Donnell is a graduate of Harvard University and the recipient of an honorary Doctor of Humane Letters from Suffolk University.