The Daniel Patrick Moynihan Center for Scholarship and Statesmanship, an endeavor with national reach that cultivates thoughtful citizens who are inspired by the late senator’s example to appreciate the link between ideas and action

The Cultivation of Thoughtful Citizens

From Cicero to Burke and John Adams to James Madison, the convergence of scholarship and statesmanship has produced some of the great insights and great actions in political history. There is no recent exemplar of that tradition, and no greater example of the kind of scholars, statesmen, and citizens the contemporary academy should seek to cultivate, than Senator Daniel Patrick Moynihan.

That cultivation is the mission of the Daniel Patrick Moynihan Center for Scholarship and Statesmanship at Assumption University. The Center seeks a renewal of both political and intellectual life as noble endeavors, never more so than when they converge. Liberal education is where that convergence begins. Political life is where it culminates. Today’s students are tomorrow’s statesmen and scholars. The Daniel Patrick Moynihan Center aspires to encourage a convergence between the two.

The journalist Michael Barone described Moynihan as “the best thinker among politicians since Lincoln and the best politician among thinkers since Jefferson.” Moynihan wrote or edited 19 books—more, his friend George F. Will once remarked, than most Senators had read—and hundreds of articles and essays. His scholarship and statesmanship were deeply informed by his Catholicism.

Moynihan earned a Ph.D. from Tufts University and served in the cabinet or sub-cabinet of Presidents Kennedy, Johnson, Nixon and Ford. During interstices in this service, Moynihan taught on the faculty of Harvard University, and he maintained an active and engaged scholarly life throughout his political career. In 1976, New York elected him to four terms in the United States Senate.

Moynihan’s example now awaits a new generation of scholar-statesmen and stateswomen. But they must be cultivated. That is the idea of the Daniel Patrick Moynihan Center for Scholarship and Statesmanship. 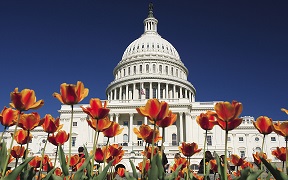 Apply for the Moynihan Washington Seminar

Join students from around the country in the nation’s capital for a week-long program dedicated to the intersection of scholarship and statesmanship.  Participants will discuss Moynihan’s writings and related themes while also interacting with statesmen and women and prominent political thinkers.

There are currently no events