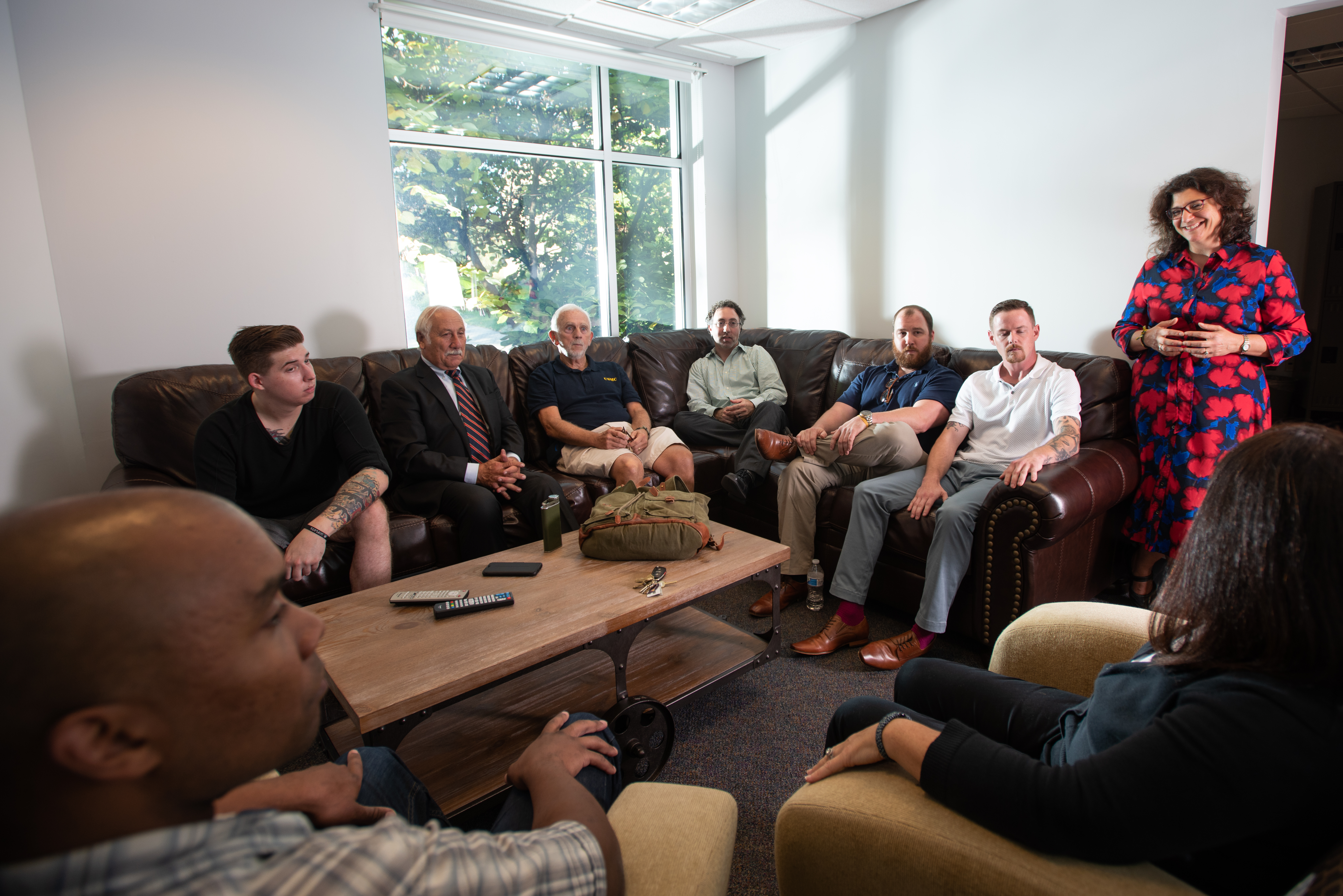 Assumption University, a recognized Yellow Ribbon and Military-Friendly institution of higher learning, joined the VA of Boston and Brockton for their Annual Veterans Expo on Saturday, September 24. Representing the University were veterans, Michael Rubino, General Counsel for Assumption and Tommy Thomas, a current graduate student in the Master of Arts in Health Advocacy program.

Mr. Rubino and Mr. Thomas served active duty in the United States Marine Corps. Mr. Rubino served from 1965 to 1969 and Mr. Thomas from 1999 to 2006. Both men currently serve on the Assumption Veterans Success Committee, consisting of administrators, faculty members, and students, with Mr. Rubino as chairman.

With roughly 100 tables, the exhibitors were colleges, employers, and agencies that provide special services to veterans, in particular those who once served in combats zones and are back from duty, trying to assimilate into normal life. Roughly 500 veterans and their families were in attendance with many more supporting.

“It was a great day... a very productive day for Assumption University,” said Mr. Rubino, having talked with many veterans who were contemplating returning or entering college or transferring from a 2-year school. Mr. Rubino noted that there were “friends” of Assumption in attendance – a father of a 2002 graduate who works in rehabilitation, and a veteran who attended Assumption Preparatory School in the late 1960’s. 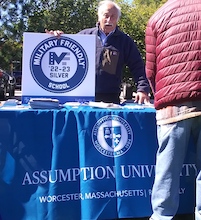 Mr. Rubino acknowledged the unique and worthwhile opportunity for colleges and universities to attend these events to support veterans.

“These expos are essential because they provide life-altering resources that have the potential to improve the quality of life of veterans and their families.  Moreover, it is good to see that society recognizes the value brought by veterans,” said Mr. Thomas.

Along with the career fair, there were representatives from state resources and health services, as well as entertainment such as live bands, giveaways, military vehicle & equipment displays, and a ‘Kid’s Zone’ with a petting zoo.

Benefits for Veterans at Assumption

Striving to eliminate barriers, Assumption has a number of programs and services to assist veterans in their educational journey by providing a network of support, particularly through the Veterans Success Committee in working personally with active-duty servicemen and women, veterans, and their families. Assumption also waives all application fees, offers Veteran-specific financial aid programs and packages, hosts an annual Veterans Day observance ceremony, and offers a Veterans Lounge for Veterans to meet, study, and learn.

This year Assumption was awarded the Military-Friendly award at the Silver level.  This award is given to institutions that go above and beyond in helping Veterans achieve success in academics and in transitioning from combat zones to college life – often, not an easy transition.  Assumption was also recognized as Military-Friendly for its work with Military and Veteran spouses.

Mr. Thomas stated that Assumption does a “fantastic” job supporting him. “From day one, I was welcomed and assured that many other veterans and I would be supported ... the University did an excellent job submitting my GI bill benefits promptly.  Additionally, any questions that I had were answered promptly,” he continued. 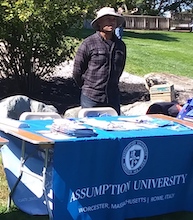 Assumption offers academic programs to serve Veterans and their families, most notably through the Special Ops: Service Members, Veterans, and their Families (SMVF) certificate program, which aims to train human services professionals to effectively engage and empower members of the SMVF community and assist them in their unique needs.

Assumption University strives to form graduates known for critical intelligence, thoughtful citizenship and compassionate service – three principles well represented by the brave women and men who have served or are currently serving as a member of the United States Armed Forces.

Major General (Retired) Robert G. Catalanotti ‘80 HD ‘15, a member of the Assumption University Board of Trustees, was inducted into the 2022 Cadet Command’s US Army National Reserve Officer Training Corps (ROTC) Hall of Fame.&nbsp;&nbsp; Established in 2016, the Hall of Fame recognizes ROTC alum...