The mission of the Assumption University Center for Cybersecurity (AUCC) is to promote, coordinate, and implement education, research and innovation in Cyber Defense Education (CDE).

Participation in AUCC educational endeavors is open to faculty, students, cybersecurity scholars, and students from diverse disciplines and underrepresented populations. A specific goal of AUCC is to involve undergraduate students in Cyber Defense Education enrichment in all its forms.

The AUCC engages an Advisory Council whose membership represents major private and public Cybersecurity industry representatives.  Many of the council members are Assumption University alumni with significant relevant experience.  All contribute to the ongoing advancement of the AUCC and to the fulfillment of its mission.

The AUCC exists to: 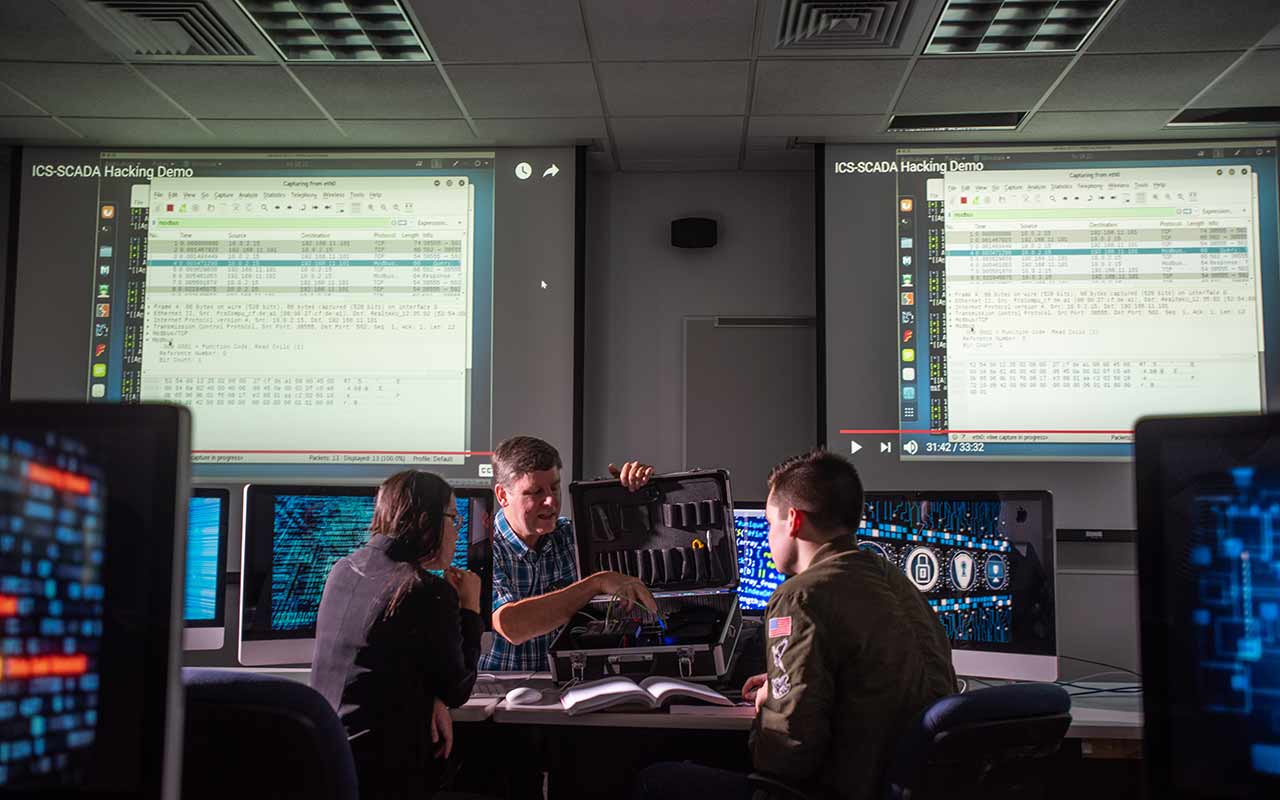 Earn a BS in Cybersecurity

In addition to its Center for Cybersecurity, Assumption University offers a Bachelor of Science in Cybersecurity. The program is educating the next generation of leaders and architects in cybersecurity, who possess technical expertise and practical training to help secure, develop, and sustain the cyberspace ecosystem.