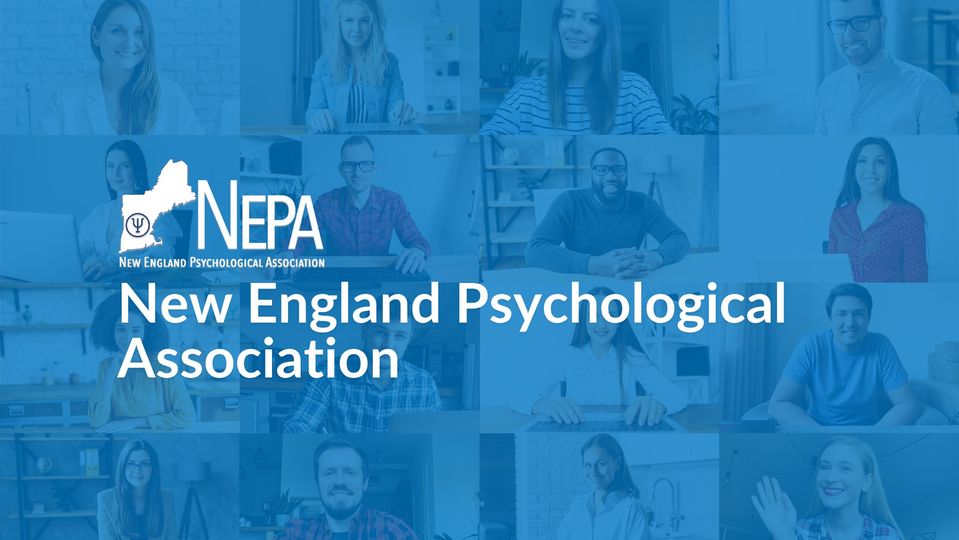 The New England Psychological Association (NEPA) announced a transition in leadership at its annual conference on November 6, naming Assumption University Associate Professor of Psychology Adam Volungis, Ph.D., as its next president. Prof. Volungis assumes the role from fellow Assumption Professor Leonard A. Doerfler, Ph.D., who has served as NEPA president since 2018.

Prof. Volungis was elected president by his peers in April 2020 and will serve in the position for the next two years. His responsibilities include facilitating committee meetings and preparing for upcoming NEPA Conference meetings. Given the benefits of this position for his students and research assistants, Prof. Volungis is embracing the opportunities provided by this position.

“One of our primary goals is to be a reliable organization for individuals to present their research and network in a supportive environment, especially for students and early career professionals/professors,” shard Prof. Volungis. “Being president will afford me the opportunity to better network with other psychologists with similar interests on behalf of my students and research assistants. It will give them more diverse opportunities for future research projects, including professional conference presentations.”

Prof. Volungis earned his doctorate in counseling psychology from Indiana University; a master’s degree in counseling psychology from Assumption; and a bachelor’s in psychology from Saint Anselm College. He has worked as a psychologist for groups ranging from psychiatric patients to youth and families and has completed research on topics such as prevention of school violence, suicide prevention in adolescents, college student mental health, smartphone dependency, enhancing cognitive behavioral therapy with technology, and youth internalizing/externalizing disorders.

During his time as NEPA president, Prof. Doerfler, director of Assumption’s clinical counseling psychology program and director of the Aaron T. Beck Institute for Cognitive Studies, chaired the steering committee that organizes the annual conference and collaborated with his colleagues to review papers and posters that are submitted for presentation at the annual conference.

At the 2021 conference, Prof. Doerfler delivered his last address as president, speaking on The Nature and Treatment Implications of the Association of Psychosocial, Legal, and Work Difficulties for Latino Men Admitted to a Residential Substance Use Treatment Program, a topic he has researched extensively in his career. Prof. Doerfler examined the nature and extent of psychosocial problems in a sample of 100 men who had been admitted to a bicultural, bilingual residential substance use treatment program for Latino men.

“Individuals who use illicit drugs like heroin and other opiates or cocaine often experience a wide range of psychological and interpersonal problems,” shared Prof. Doerfler in his address, adding that drug use can lead to serious legal and work-related problems. “Substance use treatment (often referred to as addiction counseling) often addresses only individuals’ drug use, essentially ignoring other psychological disorders that are present.”

Prof. Doerfler was also a co-author of three posters presented at the conference, two of which are collaborations with current Assumption graduate students and alumni of the University’s clinical counseling psychology program. The posters are titled “Examination of Irritability and Internalizing Symptoms in College Students who Meet Diagnostic Criteria for Oppositional Defiant Disorder”, “Oppositional Defiant Disorder, Irritability, and Internalizing Symptoms in College Students”, and “Perfectionism and Externalizing Disorders: Examining Goal Striving and Evaluative Concerns as Broadspectrum Transdiagnostic Risk Factors.”

Prof. Doerfler holds a doctorate in clinical psychology and master’s degree in clinical psychology from the University of Missouri at Columbia, and a bachelor’s degree from the University of Pittsburgh. His expertise has been recognized by a number of organizations including as a fellow of the Association for Behavioral and Cognitive Therapies; Trustee of the Year for the Bridge of Central Massachusetts; and he received the President’s Award for Excellence in Scholarship from Assumption.

According to NEPA, the organization is dedicated to “the advancement of psychology as a science, as a profession, and as a means of promoting human welfare; hosts presentations by invited speakers, symposia, workshops, papers and posters at annual autumn meetings held in the six New England states, usually on a college campus; encourages students to enter the field of psychology, through its Honorary Undergraduate Fellow program and its co-sponsorship of Psi Chi and Psi Beta activities; and provides an opportunity at the Annual Meeting for officers of the psychological associations of the six New England states to meet and confer on current professional issues.”