Assumption Office of Alumni Relations honored several alumni and community members with the 2020 and 2021 Alumni Awards.

The annual Alumni Awards are presented by the Office of Alumni Relations and bestowed upon individuals at the University’s June Reunion, which, for this and last year, was held virtually due to the COVID-19 pandemic. Extraordinary Assumption alumni and community members are honored for their loyalty, commitment, and achievements, and awards are individually presented by former classmates, colleagues, and friends.

Fr. Louis Dion, A.A. '35 Outstanding Achievement Award
The Award is conferred upon an alumnus/a who has demonstrated exceptional achievement in his/her chosen field of interest. Qualifications sought in candidates include, but are not limited to, outstanding leadership skills, community service, accomplishments in business, preeminence in teaching or research and/or entrepreneurship. 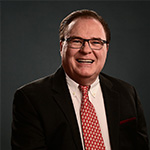 Kennedy is one of Australia’s most experienced fundraising and grant making executives. He is the managing director of drdavekennedy.com Pty Ltd, an advisory firm based in Sydney that provides grant making advice to high-net-worth families and foundations, and fundraising advice to non-profits. He is also the founder of igiveonepercent.org, a not-for-profit initiative that promotes a new norm for annual giving based on one’s net investable wealth.

Kennedy formerly served as the executive director of Chuck Feeney’s The Atlantic Philanthropies (AP) Australia Pty Ltd., during which he helped garner millions in federal funding for AP’s grantees, which was essential in building five university/medical research facilities. The Hon. Kevin Rudd, the 46th Prime Minister of Australia, wrote that Kennedy’s “four pillars” funding model (i.e., federal, state, grantee, and cornerstone philanthropic foundation) “elevated fundraising to an entirely new level in Australia,” and is “now accepted as the gold standard for large not-for-profit initiatives.” Prior to AP Australia, Kennedy was a professor who taught in Australia, Asia, and the U.S. He is an award-winning lecturer and researcher, and a recipient of three Australian Research Council (ARC) grants in his specialist field of seniors’ living. He has published his research in peer-reviewed journals such as the Journal of the American Geriatrics Society, Maturitas, and The Gerontologist.

Though thousands of miles away, Kennedy’s loyalty to and love of Assumption has never ceased. He often returns to campus to celebrate Reunion with former classmates; has helped establish two scholarships at Assumption, The Professor James McCarthy Endowed Scholarship and The Class of 1975 Endowed Scholarship, Assumption’s first scholarship sponsored by a graduated class; is an Alumni Ambassador; and has been a member of the President’s Council since 2009. 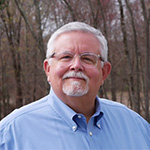 Sutherland’s illustrious career working in the travel industry was almost by accident. As a high school social studies teacher, he planned a class trip to Washington, DC, and the only tour company that would return his call was AAA. The trip was successful and Sutherland soon began working as a tour guide during summer breaks, moving up through the travel industry until his 2019 retirement as senior vice president for travel and publishing for AAA, Inc. In this role, Sutherland provided leadership and strategic direction for all of the organization's travel services. He created and managed strategic alliances, maximizing relationships with preferred suppliers in an effort to increase member benefits. Sutherland also worked to develop innovative technology solutions to support AAA clubs in the delivery of differentiated travel products and services to members.

Following graduation and prior to becoming a teacher, Sutherland worked in Assumption’s Office of the Dean of Students and as the college photographer.

Bill graduated from Assumption with a B.A. in sociology and history and holds a master’s degree in education. 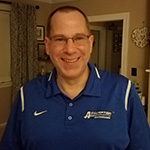 Knittle’s passion and dedication for Assumption and the tireless hours he has volunteered in support of this alma mater are a true testament to what it means to be a Greyhound. A long-time supporter and volunteer of the University, Knittle served on the Alumni Board from 2003-19, holding the roles of President and Immediate Past President in his final four years on the Board. He has also served as a class agent, Reunion Committee member, Central Mass Regional Club member, and participated in career networking events. Knittle has spent much time on and off campus attending Homecomings, Reunions, and regional events in Boston, Central Massachusetts, Rhode Island, and Cape Cod. As an administrator for his class Facebook page, Bob has kept his class engaged with news about the University, alumni events, and ways to stay involved.

Knittle currently serves as the director of mathematics for Hudson Public Schools. He received his B.A. in mathematics from Assumption and his M.Ed. from the University of Massachusetts Amherst. 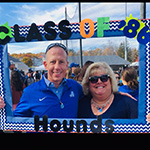 Sharing their love for Assumption, both Bob and Chris have served on the Alumni board, on several reunion committees, and currently devote countless hours as lead Alumni Ambassadors for Admissions, working to engage potential students both in-person and virtually to ensure Assumption’s future success.  Bob and Chris have worked to actively share news and events with classmates through email and their class Facebook page, encouraging campus event attendance, regular support of the Assumption Fund or just to share University updates with their friends. They have often been seen with a large crowd of alumni at Homecoming, Reunion and other campus events, sporting their blue and white, as two of Assumptions biggest cheerleaders.

Bob works as an attorney, risk consultant, and claim leader for Robert M. Currey & Associates in Boston. He received a B.A. in business management from Assumption, an MBA from Anna Maria College, and a J.D. from the Massachusetts School of Law.  Chris has spent her career teaching at the elementary school level in Worcester Public Schools. She received her B.A. in sociology from Assumption and her M.Ed. from Anna Maria College.

Young Alumni Award
The Young Alumni Award is awarded to an alumnus/a who has graduated within the past ten years and has demonstrated professional and/or civic accomplishments through their career and/or service to his/her community, as well as a strong devotion to the University. 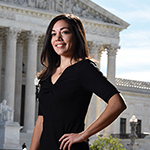 In the decade since graduating summa cum laude with a degree in political science from Assumption, Graziano has made a name for herself in the legal arena. As a trial attorney of counsel to Ketterer, Browne, and Anderson, LLC, a law firm specializing in complex civil litigation and mass tort cases, she primarily practices mass tort, medical device, and pharmaceutical law. She has extensive experience in complex civil litigation and has secured verdicts and settlements on behalf of plaintiffs injured through the use of defective products and exposure to toxic materials. Graziano is also admitted to the United States Trademark and Patent Bar, through which she counsels individuals and businesses on various intellectual property matters, including regulatory compliance and trademark issues.

Graziano, who earned her J.D. from Suffolk University Law School, has written and lectured on legal topics relating to products liability, personal injury, class actions, and mass torts. She was selected to the National Trial Lawyers’ “Top 40 Under 40” list in 2018 and was awarded a Franchise Times “Legal Eagle” award for litigation in 2020. She is a member of the American Association for Justice, the National Trial Lawyers Association, and the Massachusetts Academy of Trial Attorneys.

Graziano is a member of the Assumption University President’s Council and is a lead Alumni Ambassador for career networking, working to engage students and alumni through career networking events and programs on and off campus.  She also serves on the advisory council for the D’Amour College of Liberal Arts and Sciences at Assumption. In 2018, she established an endowed scholarship to be awarded to an undergraduate first-generation student majoring in political science at the University. 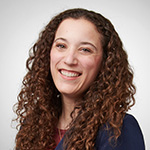 Since graduating from Assumption, Rufo has made an impact in the chemistry and biotechnology field. She is the senior manager of investor relations at Relay Therapeutics, and most recently served as a Senior Account Executive at MacDougall where she concentrated on science communications and investor relations. Prior to her role at MacDougall, Rufo was a Blavatnik Fellow with the Blavatnik Fund for Innovation at Yale University, an accelerator fund designed to create Yale biotech spin out companies. While a Blavatnik Fellow, she was tasked with building companies from the ground up. In addition to her fellowship at Yale, Rufo has held various positions on the business side of science including as an analyst at M. Ventures in Amsterdam, Netherlands, and start-up investment advisor at Massachusetts Biomedical Initiatives.

Always open to sharing her story with Assumption students, Rufo has hosted several in-person and virtual programs discussing the importance of networking, marketing yourself, and finding your brand.  She is a member of Assumption University's President’s Council as well as a member of the advisory council for the D’Amour College of Liberal Arts and Sciences.

Rufo completed her Ph.D. in chemistry at Syracuse University, her postdoctoral training at Yale, and holds a B.A. in chemistry from Assumption. In her spare time, Caroline volunteers with WEST (Women in the Enterprise of Science and Technology) on the communications and outreach team and is a mentor for the Yale Blavatnik Fund. 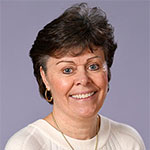 As the women’s basketball head coach, Phayre’s dedication to Assumption student-athletes spans decades. Known as the winningest coach in Assumption’s men’s or women’s basketball history, she is in her 25th season at Assumption. During her time at Assumption, Phayre has coached 39 Northeast-10 Conference All-Stars, five Academic All-District players, three Academic All-Americans, one Northeast-10 Player of the Year, two Northeast-10 Freshmen of the Year, two Northeast-10 Scholar-Athletes of the year, 18 of the top 25 scorers in school history, and guided three of her players to professional basketball careers. She has demonstrated a caring and passionate dedication to her student-athletes both on and off the court and has remained connected to her former players by hosting an annual alumni basketball game, a fun event for alumni and their families.

Prior to her time at Assumption, Phayre served as the head coach at Division I Columbia University from 1991-1996. Before coaching at Columbia University, Phayre was also an assistant coach at three Division I programs (University of Vermont 1983-1984, St. John’s University, 1984-1986, Boston College 1986-1991).  She is a member of the Women’s Basketball Coaches Association (WBCA) and was inducted into the New England Basketball Hall of Fame in the fall of 2006. 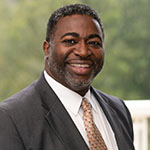 As the inaugural vice president of the Division for Student Success, and in his position as dean of students and dean of campus life, Campbell has been committed to Assumption students, their leadership development, and quality of life.

Campbell enjoys helping in the development of college students, particularly men, founding a group at Assumption called P.A.L.M.S. (Positively Achieving Leadership by Men in Society). Among his many committee assignments on campus, he chairs the Presidential Committee on Racial and Ethnic Diversity, the University Retention Initiatives Committee, and the CARE Team. He displays dedication to Assumption students in his work each and every day.