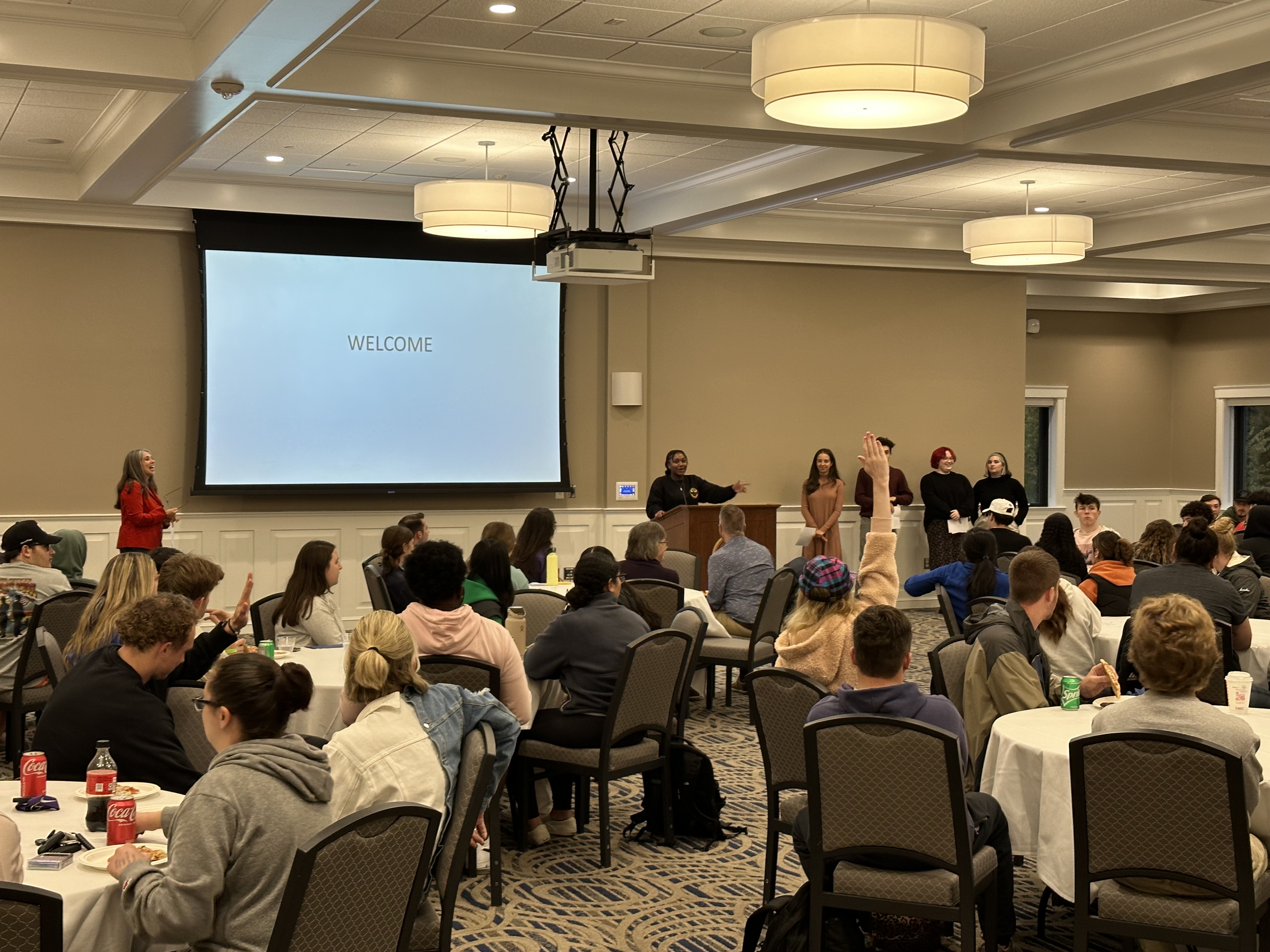 Wage inequity is not a new revelation to most, but according to one Assumption student, seeing the disparities displayed by a wage gap calculator was overwhelming.

On October 13, a Wage Equity and Pay Gap Workshop was organized by the Women’s Studies Program. The event was co-sponsored by the Economics and Human Services and Rehabilitation Studies departments, and the Career Development and Internship Center as well as, four student clubs and organizations: AU Allies, the Black Student Union, Women’s Studies Club and Women in Business Club.

The workshop began with a brief introduction with statistics about wage inequity. Following this brief introduction, attendees engaged in an exercise using a pay gap calculator. Students plugged in their own individual answers to the calculator to see how much they would be paid based on his/her gender or race. There was then time to discuss their results with a group. This exercise allowed students to listen and dialogue with others to better understand economic and social inequity.

“When we talk about the pay gap, we most often hear that women make 82 cents to every dollar a man makes. But this doesn’t really capture the meaning and magnitude of the gap for workers. The calculator exercise reveals how big the gap is by gender and race and what it means with respect to yearly salary, student loan payments, rent, childcare payments, and overall retirement savings” said Cinzia Pica, Ed.D., chair of the Human Services and Rehabilitation Studies Department and director of the Women’s Studies Program. 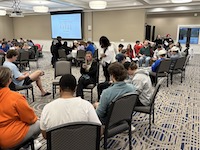 The results of this interactive and hands-on workshop displayed the impact of gender and race on an employee's compensation in the workplace. Those in attendance were able to brainstorm how actions from individuals as well as systemic responses can aid in remedying the inequity.

Following the group discussion, videos were shown. The first gave students tips on how to advocate for themselves in job interviews and the second addressed legislation and systemic solutions to wage inequality.

The event attracted over 100 students, faculty, and staff. Dr. Pica stated that “Students noted they were ‘surprised’ to learn the impact and realities of the disparities in pay by gender and race... and several students found it interesting to talk to people with different beliefs and experiences.”

The Women’s Studies program will be hosting a lecture by Sasha Goodfriend, October 25, to continue the conversation of wage equity.