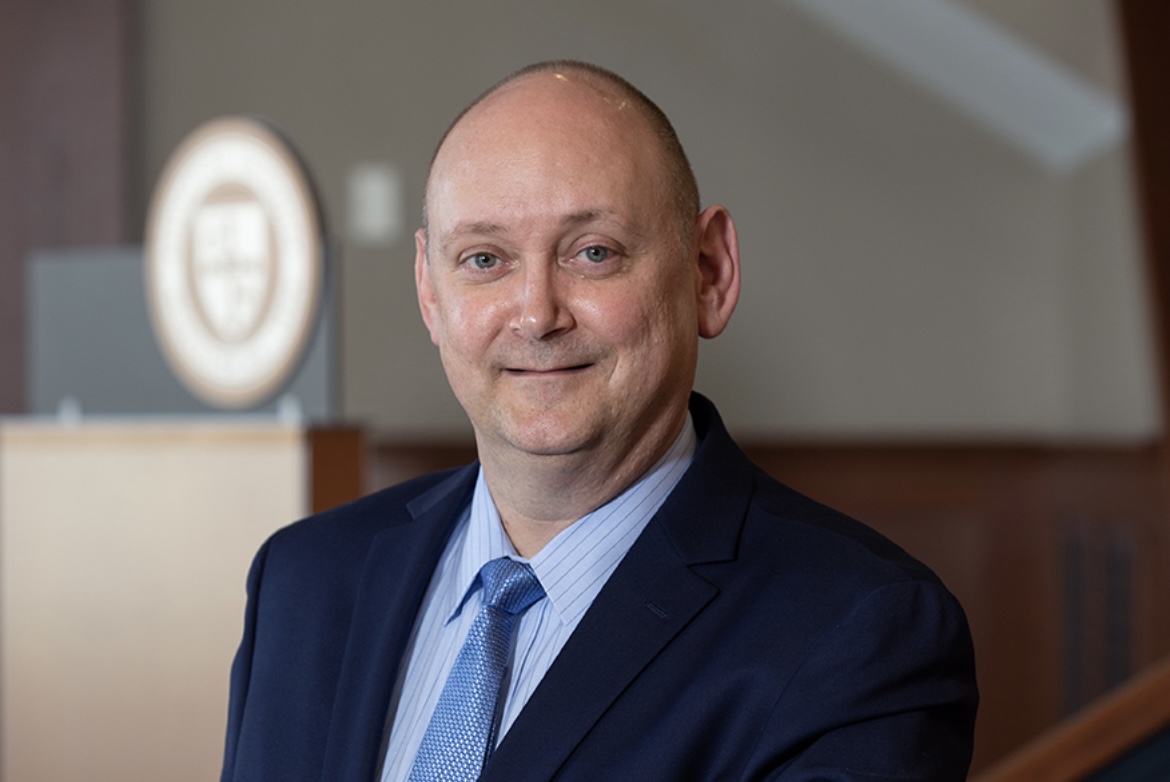 Greg Weiner, Ph.D., has been elected the 17th President of Assumption University, the Board of Trustees announced.

Very Rev. Dennis M. Gallagher, A.A. ’69, Vice-Chairman of Assumption’s Board of Trustees, and Provincial Superior of North America, The Augustinians of the Assumption stated that “Dr. Weiner has demonstrated a strong commitment to the University’s Catholic educational mission since first setting foot on the Assumption campus. He is a man of deep faith, compassion, and character who brings great energy, innovative ideas, and humble leadership to everything he undertakes.”

Chair of the Assumption University Board of Trustees Francis J. Bedard, Esq., CPA ’81, said, “Dr. Weiner’s varied and extensive professional and educational experience makes him uniquely qualified to chart the course for Assumption into the future. He has done an outstanding job leading the University as Interim President furthering our mission and making strategic decisions in the best interest of Assumption and its community at large.”

Bedard added “I am confident that the exceptional work he’s initiated during his tenure as Interim President, coupled with the continuity of his proven leadership on our campus, will take Assumption to an even greater level of excellence.”

After a successful political consulting career in Washington D.C., Dr. Weiner joined Assumption in 2011 as an assistant professor of political science, bringing deep and relevant experience into the classroom. He was appointed associate professor and then full professor, and in 2019, became the University’s Provost and Vice President of Academic Affairs.

In addition to his teaching duties, Dr. Weiner has served as an officer of the Representative Faculty Senate and contributed to Assumption’s restructuring from a college to university. In recognition of his dedication to Assumption students, Dr. Weiner was recognized with the Student Government Association's first "Above and Beyond" award for faculty. He is also the recipient of the Paul Ziegler Presidential Award for Excellence in Scholarship.

A prolific political science writer and speaker, Dr. Weiner’s articles have been published in The New York Times and The Washington Post in addition to several national magazines. He is also the author of four books on American political thought and enjoyed an influential presence in Washington D.C. Among his roles in national politics, Weiner served as communications director and policy advisor to several U.S. Senators and founded the Washington, D.C.-based speech writing firm Content Communications, LLC.

“I am grateful to Assumption University’s Board of Trustees and to the members of the Presidential Search Committee for the extraordinary opportunity to lead this University,” Dr. Weiner said of his appointment. “I am honored to help lead Assumption toward new possibilities that embrace our Catholic educational mission and welcome all, no matter who they may be, who seek to pursue the truth in the company of friends.”

Assumption University, founded in 1904 by the Augustinians of the Assumption, is a premier New England University for high-quality education, integrating career preparation and education of the whole person, drawing upon the best in the rich and centuries-long tradition of Catholic higher education. Assumption’s graduates are known for their intellectual seriousness, thoughtful citizenship, and dedication to the common good. Located in Worcester, Massachusetts, Assumption has undergone a series of major advancements since transitioning to a university, including new academic buildings, degree programs, and athletic facilities for our NCAA Division II student athlete population. The University offers 38 majors and 50 minors in the liberal arts, sciences, business, nursing, and professional studies, and other areas, as well as graduate degrees and professional credentials. For more information about Assumption University, please visit www.assumption.edu.